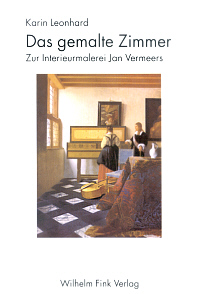 It is a commonplace among art historians and philosophers with an interest in visuality that Vermeer's painting is an art of thought - an art that reflects and prompts thought, and perhaps an art that does its own thinking. These assertions have been supported by a wide range of evidentiary tactics: careful reconstruction of Vermeer's material and compositional practices, investigation of his scientific and optical culture in Delft, phenomenological description of his paintings, and reception history focused on Vermeer's appeal to some of the fundamental writers and thinkers of modernity. Studies by Arthur K. Wheelock, Jr., Walter Liedtke, Philip Steadman, Lawrence Gowing, Edward Snow, Christiane Hertel, and Daniel Arasse have collectively made good on the claim that Vermeer's art is uncommonly thoughtful, and thus proto-modern. And yet none of these texts have tried to weave together some of the fundamental strands of 17th-century thought about the nature of space, light, and vision in relation to Vermeer's art.

The project seems an obvious one, and its fearless pursuit is Karin Leonhard's contribution to Vermeer studies. The book is the trade edition of the author's doctoral dissertation defended at the University of Munich in 2001. Leonhard's brief is not merely to show that Vermeer's art is informed by contemporary thought about vision, interior space, and subjecthood. Her study is a more targeted intervention in the historiography of Vermeer. In the introduction, she identifies an emphasis on the modernist autonomy of Vermeer's art as one of the most persistent shibboleths of Vermeer's reception. She takes issue with the independent, object-like character of the human actors that scholars have regularly seen in Vermeer's interiors. "Vermeer entpuppt sich nämlich unter genauer Observation als anteilheischender Maler", she claims - that is, as a painter demanding the viewer's participation, or indeed, as she says, a painter who makes his viewer fall in love with his paintings (8-9).

Many writers have indeed emphasized the autonomy of Vermeer's art, the sense that, like a modern painting, it does not presume or need a viewer. And yet Leonhard's limited review of the literature ignores the many writers who have stressed the engaging inter-subjective quality of Vermeer's work, which pushes us to think about the figures in the painting and about our relation to the work. Even if not explicitly, this has been the leitmotif of distinguished writing on Vermeer by Arthur K. Wheelock, Jr., Albert Blankert, Nanette Salomon, Eric Jan Sluijter, Ivan Gaskell, and Perry Chapman, among others.

But granting that the autonomy of Vermeer's painting is in need of revision, how would we establish the terms of an erotics of Vermeer along the lines proposed by Leonhard, and what would it make us see in or about his paintings? The strength of this book lies in the recovery of such terms from key texts of 17th-century philosophy and natural history, many written or published in the Dutch Republic. Anyone engaged in the study of early modern painting will be grateful for her careful but synoptic review of current and competing notions of space and interiority. Leonhard employs these concepts, as well as some of the products of contemporary critical theory, in a broad effort to destabilize the presumably one-sided modernity of Vermeer. Whether she succeeds in countering the claim that the viewer is always kept outside and in front of Vermeer's paintings, and whether we even accept her view that the historiography has insisted on that claim, every Vermeer student will find much new, relevant, and stimulating material with which "an Vermeer heran[zu]gehen" (11).

The terms of engagement are laid down in three parts. After the first chapter, comprising the introductory argument summarized above, the second chapter deals with "Two Baroque Models of Space". This chapter is of such length and weight that it might more reasonably have been divided in two. A short third chapter considers Vermeer's color, and how its application draws the viewer into his interiors, giving him or her a stake in the depicted action and an awareness of the painter's prior presence before the work. This chapter rehearses familiar arguments for Vermeer or any meta-painting, and needs no extensive comment here.

The two models of interior space discussed by Leonhard are full of interest for Vermeer and for 17th-century painting at large. In pre-Renaissance thought, space is a relativist construct in which one's perception of space and of the relations between bodies in that space depends on the position of the observer within it. Leonhard shows how that powerful experiential model had already been modified by the invention of one-point perspective, and how it was more definitively challenged by the 17th-century discovery of the vacuum. In the wake of Otto von Guericke's vacuum experiment of 1654, frequently referenced by Leonhard, the model of space as a network of relations in which the observer finds him- or herself was gradually replaced by that of space as an empty container, a vacuum to be filled with bodies whose positions and relations might be determined with mathematical precision from outside. The idea of space as an autonomous, empty container became a fundament of Newtonian physics.

Leonhard discusses the implications of both models - which were not always thought to be mutually exclusive and which competed with each other throughout the century - for ways of visualizing three-dimensional space on a two-dimensional surface. The empty container can of course be filled, and in a way that can be related to an observer by one-point perspective. Leonhard rightly reminds us that such perspective, despite its illusion of "truth", yet returns an element of subjectivity to the viewer. The point is essential to her later demonstrations of the engaging character of Vermeer's filled-in vacuums. That these spatial models give us useful terms for understanding different types of interior painting should be evident. It is a pity, therefore, that Leonhard does not compare interior space in Dutch genre paintings of the first half of the 17th century, usually based on compositional relationships among protagonists with little regard for three-dimensional geometry, to the cubed spaces of De Hooch and Vermeer, in which objects appear, dropped into prior rooms.

Ultimately such niceties of genre formation and painterly practice are not Leonhard's interest. Her study is primarily concerned with Foucauldian epistemes of space and image that condition representation in the Dutch Republic and 17th-century Europe. The products of such representation include interior painting - especially Vermeer's - but also models of human gestation, print impressions, camera obscura images, theories of vision, and urban patterns of social circulation. Leonhard is fond of proclaiming metaphoric similarities of form and function between concepts and products from wide-ranging fields of (re)production, sometimes to the reader's exasperation. Kepler's new model of the eye, in which the pupil functions as window and the retina as wall or screen, can surely be linked to Vermeer's interiors via the camera obscura (as it was by Svetlana Alpers), but can it explain how Vermeer's paintings work or why he began to paint interiors in the first place? Resemblances of a fascinating kind are posited throughout the book - the impress of an image on the mind with the production of a baby with the making of a painting, and so forth - and their analogic relevance is presumed self-evident. They are rarely pushed for their explanatory power, probably because it is, in the end, limited.

For a book that argues for the engaging quality of Vermeer's paintings, Das gemalte Zimmer is disappointingly restrained in its descriptions of Vermeer's work. And for a book that seeks to restore our sense of the paintings' hold on their beholders, the text is curiously silent on his customers - his real viewers. A sustained phenomenological approach would have allowed the author to bridge the gaps between the rich philosophical exposition, the detailed walk-through of Vermeer's house and neighborhood (derived with a fresh eye from Michael Montias's archival work), and the appearances of Vermeer's paintings. Only a handful of pictures are referenced and only three or four are analyzed in detail. The descriptions are strong on the relationship of two-dimensional composition to pictorial space and on the positioning of the viewer through what Leonhard calls die Dramaturgie der Zentralperspektive, but silent on the well-studied material sophistication of Vermeer's practice. They also flatten the not irrelevant iconography of his pictorial repertoire. The following passage is characteristic for the author's tendency to steer readings of pictures toward a broad, unifying point about self-aware practice:

"Vermeer occupied himself intensively with the motifs of the reading or writing woman in an interior. That means precisely that he attempted to stock his paintings with as many receptive characteristics as possible, indeed that he provided them with a full complement of elements that repeated in but slight variations the same fundamental motif of holding or containing. Whether it was the pregnant woman or the room in which she found herself; a single jug standing on a table or a dish with fruit; a letter read or written; a chest with jewelry or a stretched canvas as in The Art of Painting: every one of these motifs should emphasize the aggregate capaciousness of the pictorial space. The ability to take something in and to store it was also proper to the picture surface." (115-116).

Space and interior in this book function as more than pictorial motifs or concerns for Vermeer and his culture. Spatial and interior metaphors structure the author's description of her task: we pull up the curtain before the painting (and the study), we open up its interior, we stand outside it, we look into it, we enter it, and so on. These rhetorical ploys are overdone, but in an Anhang on Vermeer's Young Woman Reading a Letter (Dresden), Leonhard at last delivers on their promise. In a finely honed description, she gives us the best analysis I have read of the complex spatial and compositional dynamics of Vermeer's first truly ambitious painting, their implications for the viewer's self-awareness, and their relationship to contemporary thought about painting as window and mirror. Here, Leonhard seeks to expand the space of interpretation, circumscribing it more precisely but also making it more porous and fluid, perhaps bendable as space-time. Such stretchability has kept Vermeer's pictures of seemingly unending interest for over a century of modern art history, and this book helps us see why this should be so.