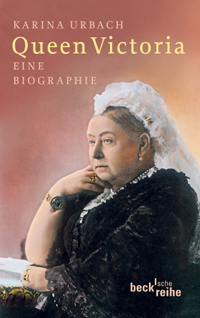 This short and readable biography of Queen Victoria is a remarkable achievement. First and foremost, it is a masterpiece of a biographical miniature, not in terms of its scholarliness, insight or intellectual power - all of which are by no means in short supply given its proportions. Rather, it manages to be readable, clear, interesting, witty and brief, and yet also important.

In part this importance is due to the dearth of real scholarly work on Victoria herself, meaning that, despite her totemic status, she has remained enigmatic and the literature that exists on her is marked by its hagiography, generalisation or caricature. But, more than this, this book is important for its well-targeted and expansive approach. Urbach manages to be chatty and topical, making reference to current affairs as well as gossipy facts, anecdotes and rumours. However, she is simultaneously unafraid of larger themes, such as Victoria's political and constitutional position, the issues of gender and power, or the sociological value of ceremony.

In other words, this is popular, adult history. It engages with a wide readership. But it does not condescend, or avoid difficult subjects. It does not expect its readers to know about things or use that irritating confiding tone, often found in dated scholarly works, that uses the definite article in order both to indicate that the reader should be well-aware of the topic concerned already or that the author is too familiar to have to bother with an explanation. Indeed, a major strength of this work is the way it condenses some extremely complicated or intensively-researched historical themes, while avoiding the twin rocky precipices of misleading generalities on the one hand or - the worst of the two - boredom on the reader's part on the other. For an informed, confident, interesting and entertaining introduction to Victoria and her circle, I would recommend this book thoroughly.

Urbach's structure follows a generally chronological and logical scheme. Victoria's childhood is discussed. The significance of her familial connections is dissected, in particular the politics of the Hanoverian dynasty on her father's side, and the burgeoning links of the Coburgers via her mother, Victoire. By contrast with many English-language accounts, the author is not shy of the complexities of the German monarchical context. An attempt is also made to understand and make more realistic the motives of her mother and her confidant, Sir John Conroy. The caricatured presentation of Conroy as well as others in Victoria's early life, such as her governess, Baroness Lehzen, and her first proper adviser, Prime Minister Melbourne, is toned down and more measured, and all the better for it. The frank assessments by aristocrats and royalty of their prospects for advancement through marriage are also discussed at this point as the background to Victoria's birth and a theme of her upbringing. Baron Stockmar and Prince Leopold of Belgium are revealed as significant figures in the rise of the Coburg house. Stockmar's "Komplettierungssystem" - the idea of a complementary relationship between the sensual Victoria and the cerebral Albert - is thought-provoking, and reminiscent not just, as Urbach points out, of the laboratory experiment, but of Goethe's Wahlverwandschaften and the science of psychology.

This more candid tone is also applied to Victoria's seemingly contradictory approach to her own role in the early years of her reign. Sexual attraction to Albert, it is argued, swept away her principles on marriage. Her attraction to Prince Albert, as well as the realities of child-birth, meanwhile, forced a re-adjustment of her constitutional role and the greater involvement of Albert in political decision-making. Pursuing the argument that, in the middle years of Victoria's life at least, a biography of Victoria is by necessity a biography of Albert, three chapters present an account which interweaves the evolving dynamics of their relationship with the political activities of the royal pair. Here there is a discussion of the constitutional notion of a monarchy above party-politics, the establishment of Albert as the leading political force in the marriage, Victoria and Albert's troubled relationship with Lord Palmerston, and the significant impact on them of the Crimean War. Three further chapters then look at the impact of Albert's death on Victoria, her re-creation as Empress, and the lead-up to, and aftermath of, her own death. These simultaneously touch on Victoria's relationships with Disraeli and Gladstone, her problematic attitude to her own children, her close relations with servants such as John Brown, her ageing, but also her increasing experience in politics and diplomacy.

The volume is tied together by a number of themes. Victoria's, and the monarch's, evolving constitutional role is repeatedly taken in hand and contemplated, as is the power of the monarchy in terms of popular politics and the contribution of Albert, but also Victoria, to the craft of popular monarchy. The contradictions in Victoria's personality are recognised and admitted throughout. Indeed, there is an engaging, unapologetic side to this, with Victoria's wilfulness being presented as a feature she possesses 'because she can.' The periodisation of Victorian history is reflected upon, but so, too, are the phases of Victoria's life, and to some extent these underpin the rhythm of the book's chapters. They form a bridge between the early modern Hanoverian style of monarchy, and that of the modern, twentieth century.

There is perhaps too much on the middle years of Victoria's reign in this book, and not enough on the latter ones. Continental politics were more involved than is portrayed, and Victoria's defence of her right to intervene in foreign policy went further than suggested, including involving herself in the appointment of the personnel of the Foreign Office. Victoria's position on European revolutions and the German question in 1848 was more shaped by concern for the petty German princes - and particularly Coburg - than by concern for her own throne. But these are observations, rather than reservations.

The argument that a biography of Victoria must also be a biography of Albert is in many respects true. Nevertheless, there are passages in this book where the focus is on Albert and Victoria appears to have receded into the background. Similarly, there are some parts of the book where the biographical focus widens out to become a series of reflections upon Victorian life and politics in general. At such times one begins to wonder what, meanwhile, Victoria is doing, thinking, writing and saying. Karina Urbach is right to point to the contradictions in Victoria's persona, and her explanations of them in terms of sexuality, wilfulness, chronology and longevity are convincing. Yet, where one reaches the end of the book feeling sure about what Albert and the Coburgers were up to in ideological and political terms, this is not true of Victoria herself. She was the great meddler of the nineteenth century, and left volumes of correspondence not just in the archives of British politicians, but in many European capitals. There are enough books on Victoria's life to fill a library, though few with the scholarly foundations of this volume. But one is left contemplating what Victoria's personality was, and what - if it can be expressed thus - her goals were. The failure of academic historians to consider Queen Victoria seriously has meant she has been enigmatic to date. A triumph of Karina Urbach's book is that, by its end, if anything, Victoria has become more seriously and urgently so.