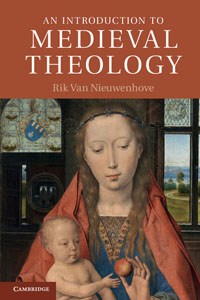 This short book covers a lot of territory. Van Nieuwenhove loves medieval theology and offers many of its riches to contemporary theological thinkers. Divided into five chronological sections, it begins with "The Legacy of the Fathers" and ends with "The Fourteenth Century and Beyond." Each section has a good introductory historical overview to set the context, followed by chapters devoted to specific writers. Each writer's biography and major works are outlined at the start of his chapter. Although Van Nieuwenhove uses current secondary literature to good advantage, he focuses on selected writings, "allowing the authors to speak for themselves as much as possible" (1). The most famous names in medieval western theology are present, along with the lesser known and perhaps less influential John Scotus Eriugena, William of St. Thierry, and Jan van Ruusbroec. Van Nieuwenhove devotes the longest chapter to Thomas Aquinas, whose Summa Theologiae he describes as "the greatest theological work in the history of the West" (172). In our ecumenically-minded time, one might wish for more from the East beyond a brief treatment of Pseudo-Dionysius, as well as for more of the writers from the later Middle Ages, such as John Wyclif, Nicholas of Cusa or Jean Gerson. Hildegard of Bingen and Catherine of Siena, now officially doctors of the Roman Catholic church, might also have fruitfully been included. Van Nieuwenhove offers a brief bibliography for each chapter giving well-chosen primary and secondary sources.

The discussion of the theologians is shaped by a set of recurrent themes. These are well-chosen, central to medieval theology and western theology in general: the relationship between faith and reason, theology and philosophy; the Trinity; the economy of salvation; and, on occasion, spirituality or the Christian life. Van Nieuwenhove does a good job showing the trajectory of particular ideas, indicating both the roots and legacies of particular approaches. The author's stated goal is to invite contemporary theologians to "think along" with medieval authors. Because their foundational assumptions are so different from those of the modern world, they offer a more challenging alternative than many post-modern understandings. Ultimately Van Nieuwenhove believes that the modern focus on reason without a corresponding transcendental openness (often labeled in the medieval period as intellect) leaves us in shallow waters. He notes that in order to understand medieval authors well (here Eriugena), "we need to remember that the medieval view of intellectual understanding is much richer than the modern understanding of reason... Eriugena offers us a rich portrayal of human understanding and intellect, ...one which may challenge our modern positivistic (and therefore reductionist) mindset, which merely 'sticks to the facts'" (63). Medieval theology's "thrust toward the transcendent" receives much praise in the book. Van Nieuwenhove offers brief comparisons with modern thinking throughout the book, but does not model to any significant extent what thinking with these authors might look like in contemporary theology.

Although this book is an introduction to medieval theology, it assumes that the reader is already familiar with ideas, vocabulary, and trends in western theology. Van Nieuwenhove has some clear and compelling explanations of complicated ideas, but sometimes is so succinct that a reader would welcome additional "unpacking". The uninitiated might be challenged by a sentence like, "It is certainly ironic that the conservative Franciscan reaction of 1277 contributed to the double truth theory, which was rejected by Stephen Tempier, and which is very much part of the modern outlook (due to the influence of Kant which finds a theological response, faithful to the Kantian presuppositions, in the work of Barth and others)" (227). Tempier and 1277 are explained, but the other references are assumed.

Where to locate the inauguration of the modern intellectual world is a significant issue for the author and perhaps his most distinctive contribution to contemporary discussion. While William of Ockham is often given the credit or blame on this score, Van Nieuwenhove sees Ockham as responding to (and furthering) the separation of faith and reason begun earlier by Bonaventure and definitively framed in the Bishop Tempier's Condemnations of 1277, which rejected various teachings ascribed to Aristotle and his influence. Bonaventure, unlike Aquinas, asserted that natural reason was intrinsically inadequate for the pursuit of truth without divine assistance. While Van Nieuwenhove claims that he will not choose between the two as "most appropriate to respond to the (post)secular climate" (215), it is clear that he favors Aquinas. Rather than repeating the traditional claim that the Condemnations opened the way for a decline of Aristotle and the rise of modern science, the author sees the Condemnations as the result of a declining confidence in reason in Franciscan theology. This in turn led to voluntarism, nominalism, and a growing separation between theology and spirituality (Chapter 15: The Condemnations of 1277).

In order to makes sense of Bonaventure's theology of the Trinity, Van Nieuwenhove notes that a "devout and loving disposition" is critical (215). Van Nieuwenhove himself has brought such a disposition to this volume and readers open to his guidance as a way into further study in medieval theology will find themselves well served.