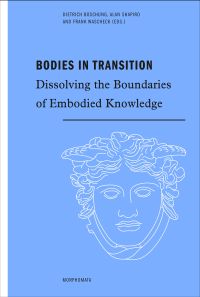 'The Body' is a vast topic. It is so vast that Caroline Walker Bynum found that it was either no topic at all 'or perhaps all topics'. [1] Although there have been occasional attempts by a single writer to produce a book on the body in antiquity, including recently Lukas Thommen's Antike Körpergeschichte (2007) [2], the scope of the topic lends itself to multi-authored collaborations. There have now been many such collections, including two French volumes edited by Jérôme Wigaux with Francis Prost (2006) and with Véronique Dasen (2008). [3] In English, there has been the volume edited by Daniel H. Garrison for the series A Cultural History of the Human Body (2010), as well as the earlier three-volume Zone Fragments for a History of the Human Body, edited by Michel Feher with Ramona Naddaff and Nadia Tazi (1989), which contains several essays on the ancient world. [4] The present volume is the result of a 2011 conference at the Morphomata Center for Advanced Studies in the Humanities in Cologne and is, for the most part, a worthy addition to the literature.

It is difficult to summarize such a wide-ranging volume, which covers material ranging from the physical appearance of Achaemenid Persian kings (by Lloyd Llewellyn-Jones) to the boundaries between human and animal bodies in the myth of Actaeon (by Annetta Alexandris). In his brief introduction, Alan Shapiro states that one of the unifying themes of the book will be looking at bodies other than 'the normative, Greek male body'. This is reflected in the chapters, which include two on bodies outside of the gender binary (by Helen King and Jan N. Bremmer), as well as another by Shapiro himself on the effeminacy of Alkidiades, and - more unusually - two on tattoos (by Despoina Tsiafakis and Hans Bernsdorff).

A second theme that Shapiro highlights in his introduction is the desire to respond to the scholarship of the 1990s that focused on the body, gender, and sexuality. Here he singles out several works, including Thomas Laquer's Making Sex (1990), Maria Wyke's edited volume Parchments of Gender (1998), and James Porter's edited volume Constructions of the Classical Body (1999). Rather oddly, he includes in this list Robert Garland's The Eye of the Beholder: Deformity and Disability in the Ancient World (1995, 2nd ed. 2010), a work that has little in common with the others listed, other than a broad interest in the body. In any case, only a minority of the essays in the volume respond directly to any of the works he cites.

Although the lack of a focus on gender is odd given Shapiro's introduction, it is to my mind a net positive for the book, allowing for an exploration of a far wider range of themes than would have been included in a book on ancient gender. In particular, I welcome Dasen's contribution on ancient body divination and Llewelyn-Jones' on the physique and appearance of Achaemenid monarchs. Both introduce material that will be new to most classicists. Dasen looks at a late antique treatise by pseudo-Melampous, which focuses on the placements of moles and birthmarks on the body, a trait it shares with much earlier Mesopotamian physiognomic writing. Dasen intriguingly looks for parallels in visual portraiture. I confess that I do not always find this approach convincing, particularly as the visual media represented often come from very different periods than the text under discussion, but the chapter is extremely thought provoking and is certain to engender discussion and debate on a topic that has received comparatively little attention.

Llewellyn-Jones' contribution on the physique and dress of Achaemenid monarchs contributes to a growing field of scholarship on the physical appearance of rulers, which in ancient history has most recently included Jan Meister's 2012 book Der Körper des Princeps. [5] Drawing on a wide range of visual and epigraphic material, Llewellyn Jones makes a compelling case that 'in their creation of a royal image, the Persians regarded dress and covering the body as playing a vital role in the articulation of the power of monarchy' (241).

Despite the volume's many excellent qualities, it has not been well-served by its publisher. There are baffling inconsistencies in formatting between the chapters. In particular, I can detect no reason why half of the essays are prefaced with abstracts and half are not. The abstracts are undoubtedly useful to readers, and in the case of Alexandridis' paper, an English abstract to a paper may help readers with limited German to navigate her argument (although note that Hans Bernsdorff's German paper has no abstract, whilst the abstract for François Lissarrague's paper is, like the paper itself, in French). There are also inconsistencies in citations.

Although Anglophone readers (particularly undergraduates) have reason to be grateful that this international collaboration is presented largely in English, several contributions would have benefitted from more proofreading, as there are many lapses in the written language. Translations from ancient languages are sometimes taken from very outdated Loeb versions: particularly glaring is a quotation from Theocritus' third Idyll in Dasen's essay (157), rendered as 'Lo there! a twitch o' [sic] my right eye. Shall I be seeing her?'. In comparison, the most recent Loeb renders this as 'My right eye is twitching: am I to see her, then?'. The latter is English whilst the former reads like a parody. These may seem a minor point, but the quality of translations is an important issue in the volume, as the original texts are not provided.

More happily, the book is well presented, with clear images and attractive typography. At thirty-nine Euros for a sturdy paperback, it is a bargain by the standards of academic publishing and would make a valuable addition to many university libraries. Despite certain flaws, many of its chapters make important contributions to what remains an exciting and rapidly developing scholarly conversation on ancient bodies.