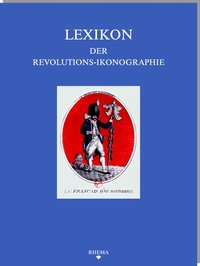 The bicentennial of the French Revolution in 1989 prompted a broad array of international research and publications on the vast corpus of printed iconography that engaged in the political antagonisms of the period. Nearly thirty years later, these three volumes, comprising 112 essay-length entries entrusted to some 60 scholars, will surely be recognized as the crowning achievement of this élan. The editing was carried out by a team of scholars led by Rolf Reichardt, the most eminent specialist in the field who in 1989 with Klaus Herding published Die Bildpublizistik der Französischen Revolution, a study that more succinctly and pointedly provides critical tools to make sense of the corpus. The decade-long project of the Lexikon began with the creation of a database of about 11000 images (http://prometheus.uni-koeln.de/pandora/source/show/giessen_lri) that the authors of the different entries were able to mine. The editors have imposed a sense of order on a dauntingly unwieldy corpus of images that are often left, as Reichardt notes, in a no man's land between the realms of art history and history. As the bracketing dates of the title indicate, the authors trace the long-term influence of the Revolutionary images and modes of visual expression down to the year of the centennial celebrated in 1889. As a consequence, Honoré Daumier, born in 1808, is the artist credited with the most references in the Künstler-Register, after the prolific caricaturist James Gillray who was a direct witness of the French Revolution. This index of artists at the back of the third volume, which mentions editors and publishers involved in the print trade, is complemented by three other indexes that facilitate consultation of the essays. These provide access to the prints by title, the historical figures portrayed or alluded to, and most useful, the themes, notions and motifs.

The first volume opens with a book-length essay by Wolfgang Cilleßen and Reichardt on Revolutionary prints as a distinctive medium for visual expression. Numerous examples highlight the immediate international circulation of images and their modified recurrence across national borders. Later reprises during the 19th century are discussed with regard to the memory of the revolutionary past and to the technical innovations that drove the rise of the illustrated press. Forms of production and reception are reviewed, along with the commercial practices of the editors, such as the marketing of print series by subscription. The authors further analyse the various modes of textual additions to the images, sometimes a necessarily long detailed description of the iconography, and discuss the different genres that categorise the graphic production of the period, such as portrait collections meant to be bound and almanacs adopted for their pedagogical promise. This extensive introduction suggests the inexhaustible richness of the subject at hand.

Corollary aspects that frame the corpus are treated in the general essays that follow, on the collectors of Revolutionary prints and the influence of their taste, the appropriation of canonical motifs from mythology and history, the specific genre of game prints and playing cards, and those images meant to be manipulated, for example, turned upside down so as to reveal their full meaning. A series of essays by renowned art historians are devoted to the print cultures of Germany, France, Great Britain, Italy, The Netherlands, and Switzerland. Though Spain is left out, Francisco Goya is present and especially prominent, not surprisingly, in the entry for War.

The thematic entries begin halfway through the first volume, with Abgeordneter (Deputy or Representative) and end with Zukunft (Future). At the outset, Reichardt proposes a set of eight loose categories that link some of the themes, but the choice seems dictated by empirical grouping of the prints around fundamental concepts, recurrent motifs and social representations. Most evident is the strong desire to establish and explore the meaning of visual filiations from one print to another across a century of thoroughly inventive compositions deeply rooted in the microhistorical politics of their time. It was to be expected that entries are devoted to the iconography of the Bastille, the Liberty Cap (Freiheitsmütze), the Liberty Tree (Freiheitsbaum), and the Guillotine. However, more surprising is the one on the Candle Snuffer (Löschhut), penned by Reichardt and fully justified by the shared visual strategy of the nineteen illustrations. As for Klaus Herding who treats the many guises of Diogenes, reference to the French Revolution allows Reichardt to present as meaningfully coherent a selection of prints that first seem inordinately diverse. Though anyone familiar with the imagery of the period will spot well-known examples, the illustrations often reveal discoveries and even those prints that are well-known appear transformed by the iconographical sequencing imposed on them. The polemical play with dress codes prompts a general discussion (Mode, Kleidung as a single entry) and a couple of entries on headwear, while the caricature of political figures as animals prompts a synthetic entry (Animals) and a series that reverberates like the triumph of Buffon: Eagle, Monkey, Donkey, Lobster, Lion, Pig, Spider, and also Zoomorphic Figures. There are some particularly entertaining themes whose iconography illuminates the cultural history of the period covered - Arcimboldiana, Büsten / Figurenverkäufer, Nationalvergleich, Seifenblasen, Unter einem Hut - and also some quite unexpected like Vomiting (Erbrechen), Clean Sweep / Broom (Kehraus / Besen) and Skeleton. The variety and complexity of the language of political imagery that emerges in the Lexikon is simply astounding.

All these thoroughly referenced studies project a highly focused light on the printed corpus. The resulting grasp of the paper iconography is somewhat tentative since the composite images can rarely be reduced to the motif or theme that is singled out. Significantly, a number of prints illustrate more than one entry essay. Documentation and decoding of individual images are often furnished, but the need to cover a full century of production and evolving historical contexts exerts a pressure to move on to the next print. Specialists in the fine arts of the period will find extremely useful the collected material that suggests visual sources or simply common ground for the study of paintings and sculpture. As Gerrit Walczak demonstrates in his book Bürgerkünstler: Künstler, Staat und Öffentlichkeit im Paris der Aufklärung und Revolution (2015), the French Revolution saw the emergence of shared experiences between practitioners of high art and low art, a creative rapprochement that became a hallmark of 19th century artistic culture outside the walls of École des Beaux-Arts. Though some will deem the approach to the corpus adopted by the editors to be grimly historical and remain wary of any art that services politics, others will be impressed by the scholarly energy mustered to produce this massive Lexikon and by the inventive diversity of the prints that questions the conventional hierarchies of prestige with regard to artistic media.