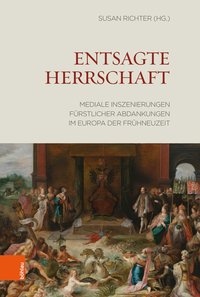 In present-day monarchies the transition of power through abdication is clearly gaining acceptance. Four out of the ten currently reigning European monarchs have ascended the throne after their predecessor decided to step down. To their ranks could be added the papacy, where in 2013 Benedict XVI became the first pontiff in over seven centuries to voluntarily resign. Only last year, the Japanese Emperor Akihito surrendered his position to his heir. In both these cases the incumbent made it clear that the physical discomforts that come with longevity made it increasingly difficult to continue fulfilling his obligations as a head of state. Yet the broader picture suggests a more profound shift in our conceptions of monarchy. Previous generations considered wearing the crown a sacred trust that could only be ended by death. Presently it is more and more seen as a - admittedly prestigious - job from which one can or even ought to retire in due course.

It has long been conventional wisdom that abdications were almost unheard of in early modern Europe. When asked to give examples, most historians would be hard pressed to think of anyone else but Emperor Charles V (1555-1556) and the Swedish Queen Christina (1654). By publishing 'Thronverzicht: Die Abdankung in Monarchien vom Mittelalter bis in die Neuzeit' back in 2010, the editors Susan Richter and Dirk Dirbach drew the contours of a more complicated picture. All through the period covered by the volume, jurists theorized on the legal implications of abdication. At the same time, the volume demonstrated that while abdications may not have been a common practice, they did occur more often than was usually assumed. Either way, this new approach to the phenomenon not only questioned long held assumptions, but also called for a reconsideration of our understanding of the institution of monarchy as a whole.

Once more edited by Susan Richter, the present volume complements the previous by investigating the role that media played in staging, recording or commemorating abdications. As her introduction argues, in the ritualized context of early modern monarchy an abdication constituted an act of reversal. In a ceremonial and therefore highly visual way the ties that bound ruler to subject were severed. As such an abdication constituted an enactment of a legal transfer. Through a number of case studies, the volume investigates which strategies were deployed in relation to voluntary abdications, how their significance was expressed through ceremonies, how they aimed to establish a record of the event or how they sought to attach a particular interpretation to it. If anything, the material discussed in this volume demonstrates the wide variety of media relevant to early modern abdications. At the same time, however, it raises a number of pertinent questions on which audiences were targeted and on whether or not these media were effective in bringing the message across.

The contribution by Susan Richter discusses a lesser known painting that is now in the collections of the Kunsthistorisches Museum in Vienna. It relates the journey undertaken by Archduke Ferdinand II of Tyrol to his uncle, Emperor Charles V, in Brussels in 1555. Acting as the emissary of his father, the soon to be Emperor Ferdinand I, the Archduke's mission was to dissuade Charles from stepping down. Should that prove impossible, his task was to prevent that the imperial abdication would have a negative impact on the negotiations leading to the Peace of Augsburg. Painted some five years after the events, the tortuous route followed by Ferdinand and his entourage provided an apt expression of the meandering processes of early modern diplomacy. Thereby, this reviewer would argue, it became more of a record of the mission than of the abdication, not least because the ailing Emperor only appears tucked in a corner at the very end of the journey.

On the basis of a selection of paintings and engravings Gregor Stiebert considers how Charles V's abdication was represented by subsequent generations. Thereby the journalistic approach of the engraver and near-contemporary Frans Hogenberg stands in stark contrast to the allegorical depictions by seventeenth-century painters such as Frans Francken or Jan Erasmus Quellin. Their underlying messages could not be more different either. Whereas the latter stressed the dynastic continuity that sustained the polity of the Habsburg Netherlands, the Hogenberg series of engravings cast the event as the first step toward the Dutch Revolt and the establishment of the United Provinces. With the creation of an independent Belgium, the significance attached to the abdication changed once more. At first sight Louis Gallait's gigantic canvas (1841) - measuring close to 5 by 7 meters in its final version - draws heavily on the iconography of Hogenberg. Yet in contrast to its source of inspiration, it does not suggest impending civil war but proclaims the dawning of a new golden age.

While relying on visual sources, Michael Roth's case study of the manner in which Grand Duke Cosimo I of Tuscany withdrew from the affairs of state (1564) deals more with the significance of ceremonial in the transition of power. Strictly speaking, the move did not constitute a proper abdication. Cosimo held on to his title for the rest of his lifetime. He merely installed his son Francesco as regent. The salient point in this contribution concerns the differences in ceremonial discourse used to cater for different audiences. In the capital Florence, it centred on the renewal of loyalty. In conquered Siena, it emphasized submission. In diplomatic relations with other rulers, it gave assurances of continuity. Each way it served to consolidate the recently acquired grand ducal title.

Oliver Plate argues that personal tragedy led Duke Alfonso III of Modena to vacate his throne after a mere eight months of rule. Much in the minutely recounted steps toward abdication would indeed suggest a sincere desire to abandon the world and become a Capuchin monk. Bearing St Aloysius Gonzaga in mind, some may even have thought that a new saint was in the making. This could possibly explain why the Capuchin Order apparently constituted the sole party that was interested in documenting the proceedings by means of visual representations.

Not unlike the earlier Thronverzicht, the principal merit of this volume lies in how it provokes reflexion on concepts of monarchy and on the instruments that it employed to successfully exercise power. The notion of media covers a broad spectrum and so does the concept of mediatization. This is borne out by the wide variety of media under discussion here. Some of these took the shape of ephemeral but legally binding ceremonies. Others sought to capture the moment in visual representations. As our understanding of the phenomenon of abdication stands now, it would seem to have been heavily determined by contingencies such as power relations, legal structures and political circumstances. More research will be needed to reduce these so far disparate insights into a more coherent whole.