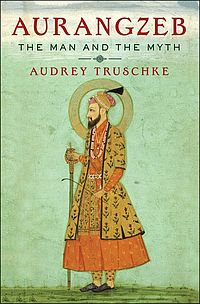 As Audrey Truschke states, her biography on the 'historical Aurangzeb' that has been published in nearly identical versions, but under different titles in Stanford and Delhi, addresses a wide readership. I bought the version for sale in India at Delhi airport, after a short but productive stay at Khudabakhs library, Patna. I was quite exhausted, but read the book at once and in a single session, waiting for my flight back home to Germany. It is a piece of historical research that touches on two milestones: The author clearly shows the polarizing position of Aurangzeb in special and the Mughal dynasty in a broader sense in India's history up to current political discourses and decision-making. One might now suspect that a book that moves between the biography of a single ruler and the problematic instrumentalisation of his whole dynasty's history in colonial as well as recent political contexts, and which also wants to appeal to a broad readership, i.e. cannot go into the deepest details of historical scholarship, will either lose itself in these ambitions or will mostly represent shallow truisms. In addition, certain parties have accused the author of manipulating history with her publication in favor of a certain anti-Hindu or pro-Muslim agenda. However, the concerns outlined above, as well as the rather populist objections to the book, must be contradicted: Truschke's Aurangzeb manages the balancing act of discussing a highly politically and ideologically charged topic objectively and on the basis of scientific method, without lapsing into scientific quietism and, for example, ignoring the nowadays political instrumentalisation of the central figure. Moreover, her accessible writing style and the presentation (and: managable length) of the book actually make it attractive and accessible to a broad readership.

That is why I decided to make this book the basis of my upcoming Master's seminar on the Mughals. How wonderful that we finally have a book at hand that not only presents current research results, but also in itself is an answer to the frequently asked question why we should at all care about the history of Indian (or any other) societies in the pre-modern era! So I started a seminar that consisted of reading the book together, while exploring all kinds of questions concerning the historical background as well as current issues as we go. In the following, I would like to share some of the comments my students made on this book. Although both the group and I started with much enthusiasm, this experiment was not successful in all details. To some of the students, reading English, even in such pleasant to read form, seemed to cause much trouble; as a consequence, some did not get the central point of Truschke's argument and still tried to convince me that Auranzeb truly was 'the Mughal's bad guy' in our discussions. Others longed for a quick read to get basic dates and information they supposed to need for their exams, somehow mistaking Aurangzeb for a textbook. And indeed, this is what Audrey Truschke's book does not contain: It is no easy-to-use pit for basic information or page-precise references to current research literature and sources. For those who want to know more about the topic, though, it opens lots of doors and ways to further study and thus, it made most of the students really delve into what has been written on Aurangzeb and the Mughals so far. They discussed on ideologies and methods behind certain studies, and they became aware of how important it is to read not only sources, but also secondary literature, with a watchful and critical eye. They by the way became interested in today's India, and discovered similar patterns of instrumentalisation of history in other contexts. 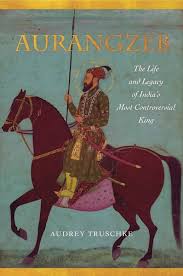 So as a first result of our experiment, we may state that this book does attract its readers in a unique form and encourages them to follow its themes closely and to engage with them through their own further exploration. The group concurred with Truschke's statement calling for the reconsideration of Aurangzeb's image, marked by myths and assertions and I hope that the participants of the seminar will never forget how Truschke pinpoints this most crucial task for everybody concerned with historical research: "Historians seek to comprehend people on their own terms, actions and impacts. We need not to absolve those we study of guilt, and we certainly do not need to like them. But we strive to hold back judgement long enough so that the myth of Aurangzeb can fade into the background and allow room for a more nuanced and compelling story to be told." (Truschke, Aurangzeb, Delhi 2017, 11/Stanford 2017, 9)

But my students also read critically. They missed what the author indeed gives only in very short words: In her postscript on reading medieval Persian texts, Truschke rightly points out the regrettable shortcomings of many existing research contributions, which have distorted not only Aurangzeb, but the entire Mughal period through various ideological glasses. Truschke's book, though, does not display its method in critically reading the sources clearly, as references to source material are scarce. Thus, it does also not reveal the full range of the author's tremendous work of collecting, reading and assessing sources from state firmans over court historiographies, to European travelogues. The Persian native speakers in our group were a bit astonished to find so many references to translated source material in the text and no references to the Persian originals, which deprived them from the possibility of tracing the author's reading of sources on the Persian original. Indeed, for the scientific community, it is a pity that this book does not come fully equipped with notes. We perfectly understand that this is due to the book's intended audience. But wouldn't its impact on the distorted image of Aurangzeb have been even more convincing, if one would have been able to clearly follow Truschke's method and arguments on the original material?

Finally, the question was raised which parts of the book, and for which reason, were rewritten for the version published in India. Here I would just like to point one topic that we discussed in the seminar and which illustrated the way in which research literature today has to adapt to anticipated religious sensitivities in order to be available at all to a large readership in India, namely the question of legitimation of rule. Truschke explains in the Stanford version of Aurangzeb: "Shivaji was a Maratha warrior and, eventually, a self-made king. He was born to a low-caste family and later underwent an elaborate Brahmin-led ritual to become a Rajput, a Kshatriya who could legitimately lead an independent state (Shivaji's state propaganda pitched this as recovering his forgotten Rajput lineage)." (Truschke, Aurangzeb, Stanford 2017, 59; left out in the Delhi 2017 version). Apart from this cancelled lines, not a single allusion to or discussion of Shivaji's legitimating policies made it to the Indian version, even the few references to literature have been erased. This example, in turn, led to numerous discussions: first of all, we had to explore why at all a statement about legitimation of rule was classified as potentially offensive in the first place and therefore deleted before printing; this then led to a general discussion about different concepts of society or politics between secularism and religious justification. Finally, of course, there was also a need to consider how the scientific community, which positions itself as rationally grounded and neutral towards beliefs, should respond to such 'requests for change'. The students finally concluded that a certain degree of such concessions was probably legitimate in this case, given that they opened up a broad audience to the rest of the argumentation, which is still valid and relevant. There grew also understanding for the choice of the popular science format, considering that such omissions or concessions were much less likely to be made and deemed acceptable in a 'hard science' contribution.

The reactions to Truschke's book and her research in general, even her person show how necessary it was to instigate a revision of the topic; whether Aurangzeb's perception and the associated political dimension in India, however, will find its way back to the ground of facts remains to be seen. My students and I agreed in after this much-needed and virtuously written appetizer, we would love to have an entire monograph on Aurangzeb published by the same author.