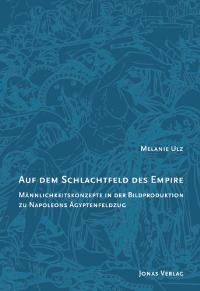 Anyone curious to see some lavish Mameluke costumes, elements of eighteenth-century North African interiors, Michel Rigo's portraits of Egyptian cheikhs, some battle paintings from the Egyptian campaign, various scientific instruments employed by the scholars who accompanied the campaign, or a replica of the Rosetta stone the original of which ended up - alas - in the British Museum, should consider a trip to Lille where the Musée d'Arras is showing the exhibition Bonaparte et l'Egypte. Feu et lumières until October 2009. Already a great success at the Musée du Monde Arabe in Paris, the exhibition manages in astonishing ways to still sell the French attempt to colonise Egypt under the rubric of "cultural exchange" and to suggest (not only with the title) that the scientific campaign was an enlightened compensation for the French claim for hegemony and had among others the benefit of teaching the Egyptians how to appreciate their cultural heritage. Whoever is interested in a critical appraisal of the visual culture surrounding Napoleon's Egyptian expedition should rather (or in addition) consult Melanie Ulz's recently published study whose title translates as "On the Battlefield of the Empire. Constructions of masculinity in the image production around Napoleon's Egyptian campaign". The book looks at the images with a postcolonial approach while considering constructions of masculinity from a feminist perspective. Although more humble in attire (smaller scale, black and white illustrations only, and as such a classic outcome of a German PhD dissertation) the book is well situated within recent attempts to reconsider the arts during the Napoleonic Empire such as O'Brien's After the Revolution or Grimaldo Grigsby's Extremities. [1]

The book consists of two parts, one on the relations between the military and scientific aspects of the campaign and another, more extended, on a set of battle paintings. A further chapter functions more like a coda and discusses the fate of Mamelukes in France and early nineteenth-century Mameluke fashion. The leading questions are how the visual production of the campaign, and in particular the large scale history paintings, managed (or more or less unwittingly failed) to present the military defeat as a success and how the images dealt with both the atrocities involved in the campaign and the complex cultural encounter with Egypt.

It thus seems a logical step to start with a discussion of eighteenth-century travel accounts that constituted the Egypt Napoleon and his entourage had in mind before actually experiencing North Africa, in order to then consider the scientific aspects of the campaign. As is well known, Napoleon was attended by a great number of scholars, scientists and draughtsmen who gathered information about every aspect of Egyptian geography and culture. Following Said's argument about the intermingling of the military and the scientific campaign, Ulz discusses the Description de l'Egypte, the monumental book project issued between 1808 and 1828. [2] But unlike Said, she focuses on the illustrations and brings in a further aspect by highlighting the sexualisation of territorial conquest and intellectual penetration. This becomes particularly clear in a poignant analysis of the frontispice that Ulz reads as a "window to Egypt" (21) that turns the opening of the publication into a conquering of a space by a male colonizer. As Ulz furthermore demonstrates, the visual mastery of the overwhelming experience was made possible only by means of an engraving machine, especially invented to handle the 23 volume project. Able to manufacture 42 distinct line patterns, the machine facilitated the codification of the visual experience by systematically allocating individual elements of the Egyptian landscape their own specific design.

In a further section the author discusses portraits of Egyptians and shows that the agenda of these images was not predominantly to construct a single type, "the Egyptian", but to unfold the diversity of the North Africans. Such diversification is also characteristic of most of the large-scale battle paintings by Gros and Girodet where the disorderly enemies are contrasted with the more uniform French soldiers. This underlines the unity and dominance of the French army and helps to constitute the modern identity of the French nation. Taking up Hardt's and Negri's assessment according to which "colonialism, as an abstract machine that produces identities and alterities, imposes binary divisions on the colonial world" [3], Ulz's most important overall argument is that the paintings negotiate the relationship between identity and alterity and that it is precisely in contrast to the multifold Other that the white French hero emerges.

Ulz thus rejects some recent readings of Gros' Bataille d'Aboukir (1806) and Girodet's Révolte du Caire (1810) [4] in maintaining that the paintings are not subversive just because they do not represent one stereotypical Oriental or because they have homoerotic aspects. She observes that allusions to sexual relations between men concern almost uniquely the enemy and rather reinforce the idea of Oriental debauchery or the myth of the hypersexual African than embracing the practices alluded to. However, Ulz goes with the majority of current scholarship in attributing a subversive element to Girodet's Révolte. The painting not only features a tender embrace between a naked Arab fighter and a dying pascha in spectacular dress, an aspect fitting with the discourse on the homosexual Oriental, but it also signals a transgression of the border between the French and their enemy. The decapitated, yet slightly smiling head of a French dragoon in the hands of a head-hunter is nestled to the knee of a Mameluke. Unlike other scholars, Ulz refrains herself from a biographical interpretation based on the assumption that the artist was gay. She rather makes a claim for a broader cultural explanation and argues that the desire for amalgamation was the flip side of the "othering" of the Orient. She nevertheless suggests, that the Révolte formulates a subtle critique of the French intervention in legitimising the Egyptian people's fight against their oppressors. This suggestion is not fully consistent with the earlier argument, and it is hard to prove whether such a critique was intentional.

To my mind, the paintings in question cannot be considered as either propagandistic or critical, as neither the Bataille d'Aboukir nor the Révolte du Caire seem to fully control the subject matter they are dealing with, not least because their own bravura owes so much to the simultaneously violent and spectacular scenes they envision. Ulz herself stresses that the images are not simply instruments of propaganda as O'Brien has suggested for Gros. Although they were official commissions, the paintings do not just adhere to Napoleon's agenda to manipulate the memory of the military defeat and to glorify the successful moments of the campaign, but also fail to fulfil their complicated tasks. A major reason for this is that they could not rely on existing formula to solve their pictorial problems. Visual codes to adapt the old and grand genre of history painting for the treatment of contemporary subjects had still to be probed, and in a way the concept of a modern history painting would always remain contradictory as much as the representation of the contemporary hero was a treacherous task. As Ulz elaborates, the paintings reflect also the vicissitudes of history painting and one of its most significant elements, the male nude. In Gros' Les pestiférés de Jaffa (1804) for example, the male hero, Napoleon, is contained in his elegant uniform while the naked bodies are plague-stricken. The male nude's cultural identity migrates from Greece to the Orient, and with the exception of the diseased French, it is the Mameluke and Arab militants that are shown naked and take on the academic poses, once studied to render Ancient heroes. Nudity is no longer associated with ideal beauty but with physicality, with the disgracefully dying or the sexualised body. Here following Bhaba [5] Ulz argues that the "Oriental" becomes associated with deviant, illegitimate sexuality. While this is a convincing argument, it seems less appropriate to state that the dressing of the heroes automatically goes along with a desexualisation and disregard for the beauty of the French men. The display of spectacular and at times eroticised masculinity in the representation of French men in the battle paintings as well as in various military portraits seems to suggest otherwise.

Overall, Ulz's book is a convincing study that combines precise and elaborate analysis of the visual material with an ambitious (if sometimes eclectic) theoretical approach. It will be an enriching reading for anyone interested in early nineteenth-century French visual culture or in broader issues of postcolonialism.