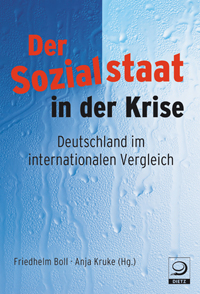 This is a reprint of articles from the Archiv für Sozialgeschichte 47 (2007). In view of the fact that it is the journal's first Einzelveröffentlichung, it is to be hoped that the editors will make future books more reader-friendly. Journals are normally read selectively according to a reader's interest. Books are another matter, even if they began life as a collection of conference papers on diverse aspects of a theme. Such collections do not make a successful book unless the editor provides an introduction that identifies the common questions and the various approaches to a set of answers. Here there is nothing of the kind. As in a journal, we have for each paper the briefest of summaries and that is all the guidance that there is. Not merely is there neither introduction or conclusion, such as might be expected from a book, but there is no index. In view of the considerable overlap between the thirteen contributions, that is a serious omission. Nor is there a list of abbreviations for a subject notorious for its acronyms. In short, this is a difficult book to read.

There does not seem to be a common question so much as a common subject matter. "Sie befassen sich", writes Hans Günter Hockerts of the contributions, "mit den Krisenerscheinungen, die den Sozialstaat nach seiner Glanzzeit im Boom der Nachkriegsjahre in Bedrängnis gebracht [...] haben. [...] Die Beiträge nehmen vorwiegend den deutschen Sozialstaat in den Blick, sie rücken ihn jedoch in das Licht übergreifender Zusammenhänge und oft auch in den Blickwinkel internationaler Vergleiche." (3) That is as near as we get to an introduction. Thereafter he turns to his own contribution which draws effectively on his detailed knowledge of the German welfare state. There is certainly no common approach; in fact the variety of approaches is one of the stimulating features of the book. Unfortunately there is also no sign of any awareness of each other's work or revision in the light of it.

How does one study the "Sozialstaat in der Krise"? Was it a pervasive phenomenon or were there significant differences between policy-domains? Secondly, how should one place the German welfare state in international comparison? Thirdly, what is a crisis? Five of the chapters deal with single policy-domains - education (Wilfried Rudloff), old age pensions (Bernhard Ebbinghaus/Isabelle Schulze), health (Ulrike Lindner), invalidity or disability (Martin Lengwiler) and unemployment or employment (Robert Salais). All but Ebbinghaus/Schulze limit international comparison to two or three other states. This leads to a fuller understanding of the circumstances that contributed to national differences than does the approach of those who range over the whole European Union or even include non-European states. Christiane Kuller's chapter on "Soziale Sicherung von Frauen" might look like another study specific to a policy-domain. But her central question - "wie der Sozialstaat mit der Pflege- und Versorgungsleistung, die in Familien unentgeltlich und ganz überwiegend von Frauen erbracht wird, umgeht" - is, as she emphasises, systemübergreifend. That is not the case with education, health or unemployment which are firmly located in specific ministries. In the case of the disabled, Lengwiler argues that what made the relevant German policy peculiarly immune to any sense of crisis was its location in two insurance programmes, administered by different departments, for each of which this client group was of minor importance. His international comparison is particularly interesting exactly because it takes the political peculiarities of his four countries seriously. Ebbinghaus and Schulze's attempt to deal with Alterssicherung across the whole European Union takes on too much. The condensation required makes their exposition hard to follow.

Among those who take the entire welfare state as their subject Hockerts and Alexander Nützenadel start well before the Nachkriegsboom. Hockerts suggests that the establishment of the modern solidaristic welfare state be subdivided into two periods, the 1930s and 1940s on the one hand and the 1950s to the mid-1970s on the other. His point is that in the first period, against the background of crises of the world economy and war, the important developments were primarily at the level of programmes and their growing legitimacy. It was the period after 1950 that actually saw the striking expansion of welfare provisions on the basis of economic growth. Much the same point is made by Nützenadel who argues that perceptions may change during economic crises but reform occurs in times of boom. This periodisation works well for Germany and the states of the European continent devastated by the war. It does not work for Britain. As Hockerts mentions in passing, there the Beveridge Report was more than just a conceptual innovation, it actually served as the basis of the crucial reforms of the post-war Labour government. These were undertaken at a time of great economic stringency. It would have been better to have made a distinction between the periodisation appropriate for the victors and for the new regimes that emerged from the reconstruction of the defeated Nazi New Order. In that case one might have asked whether there was a similar post-war phenomenon in the USA. We hear nothing of the USA after the passing of the Social Security Act of 1935. Yet one of the important contributions of Theda Skocpol to the historiography of the welfare state in the USA is her emphasis on the role of war in the creation of seminal welfare provisions for veterans. The generous provisions for education and housing for veterans after World War II fit well into her thesis. Nor is it only the victors that deserve consideration here. There are questions to be asked about the periodisation of Swedish welfare policy. In short the international perspective is too German-centred at this point.

In this context it should be said that eastern Europe is excluded from consideration throughout except for the DDR. There the contribution of Beatrix Bouvier serves as prelude to Gerhard A. Ritter's study of the role of welfare policies in the process of German re-unification. He repeats his important thesis that the priority accorded by the Kohl government to achieving unification was damaging to the unemployment and old age insurance systems of the Federal Republic, whose contributors were used to reduce the impact of the cost of unification on the taxpayer and therefore on the immediate politics. Secondly that reunification reversed whatever priorities there were to be found in the 1980s in the reform of the finances of the German welfare state.

Salais on the deconstruction of the category of unemployment provides perhaps the most incisive of all the contributions. He discusses the ambiguous role of statistics in the development and legitimation of reform. He argues that statistics are far from self-explanatory but presuppose the prior establishment of conventions for their construction and interpretation, which are not necessarily the same in all countries. It requires time and effort before common conventions are observed even approximately. In focussing on the cognitive framework which sets the boundaries for debate by defining how to quantify and qualify socially-legitimate issues (372) he did not intend to put a question mark against the trusting reliance on statistics as the basis of international comparison shown by most of the other contributors. He had not read their contributions at the time. Yet one may well conclude that this is what in effect he has done. His attack is actually directed at the change of focus that has replaced the long-standing policy of supporting the unemployed by the very different policy of maximising employment. He argues that this was done by tacitly changing the statistical conventions and has led to a misunderstanding of the evidence and the creation of ever more and ever shorter part-time employment.

That contribution still has something highly relevant to say in late 2008 and since. That is not obvious of the book as a whole. The Krise, to which its title refers and which Winfried Süß correctly analyses as having been of three different kinds, a financial crisis, a structural crisis and a crisis of political legitimacy (110), is not the one that has overwhelmed the welfare state since 2008. This book is mostly already of the past, using methods and concepts whose assumptions no longer enjoy general acceptance. It has been ill served by fate.