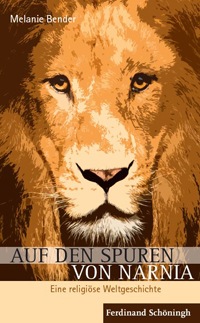 C.S. Lewis (1898-1963), in his life and in his writing, crossed boundaries. Neither in his lifetime nor subsequently has it been an easy matter to 'place' his achievement. He was born in Belfast in a then undivided Ireland, but he was sent to school (unhappily) in England. He fought in the Great War. His academic life was spent for thirty years in Oxford, where he had himself studied, until in 1955 he accepted the Chair of Mediaeval and Renaissance Literature at Cambridge, which he held until his death. His The Allegory of Love (1936) was in its time held to be a classic work of literary criticism and established his academic career as a literary scholar. He had moved to Christian belief - a process which he explained in an autobiography published in 1955. Only someone immersed in medieval literature, some 'modern' colleagues supposed, could explain such a step. In any case, it seemed, Lewis only belonged to a cloistered academic environment. But the Second World War changed all that, BBC broadcasts, in the later years of the war, expounding an orthodox Christianity, meant that by its close he had reached a large audience representative of 'middle England'. These talks were later brought together as Mere Christianity (1952). At the same time he continued to write science fiction interplanetary space novels - having started in this vein in 1938. The range of his writing, and the different audiences he addressed, made it increasingly difficult to 'pigeon hole' Lewis. Much later, his short and tragic marriage to the American Joy Davidson became the subject of a successful play and film, Shadowlands. A man who had written abstractly on the problem of pain now came to experience personal grief, and write about it.

Melanie Bender mentions some of these facts in her introduction and says sufficient to make the reader aware of unexpected ways in which the various facets of his career came together. Her purpose, however, is not to give a comprehensive account of Lewis's life. The milieu out of which The Chronicles of Narnia (1950-6), as the novels he created for children came to be collectively called, is a complex 'donnish' one. These books were not 'light entertainments' tossed off by an Oxford professor to amuse his grandchildren on a wet afternoon (Lewis had no children). They were the medium which he used to fuse together his story-telling gifts and his philosophical and theological convictions in a distinctively personal fashion. They were Oxford products, in the sense that Lewis had long been in the habit of consorting with friends there with similar interests, among them J.R.R. Tolkien. The Chronicles continue to flourish into the twenty-first century and, of course, have transferred themselves to the screen. They have been translated into German. Various scholars, chiefly but not exclusively writing in English, have tried to work out the patterning of the fantastic world of Lewis's imagination and to consider the fusing of Christian and fictional elements in his writing.

Melanie Bender would not claim, therefore, that her book is the first, even in German, to enter this terrain. She has not set out to engage in an academic debate with other scholars on matters of interpretation. The book is referenced, but to the novels and to various other examples of Lewis's writing, not to any corpus of subsequent academic writing. Its clear purpose is to help readers, not all of whom are children, go beyond the novels as stories and draw attention to pervasive themes which are religious and which take us into a different realm of meaning. She has not written a book which expounds weighty matters in a few but lengthy chapters. On the contrary, it has been put together by writing many short and succinct expositions on central themes as they manifest themselves in these novels: evil, freedom, faith among them. It is an arrangement which points readers back to the novels themselves to enable them more fully to understand what they have missed in the 'story'. It succeeds admirably in this purpose, whether in discussing the significance of Aslan or taking us through the Platonic shadows of Lewis's world. The moral / mythological world is a Christian one, but where there are parallels in non-Christian mythologies Lewis is not disconcerted. Heroic virtues blend with faith, hope, and charity. How that plays out across the novels cannot be discussed in detail here but the author has given many valuable hints. Moreover, in uncovering religious worlds, she never forgets that the Chronicles are still novels. They work, or do not work, as such. They are products of a particular imagination and we must go back to the childhood world of a small boy in a big house in Belfast, as much as to Plato, to understand them.