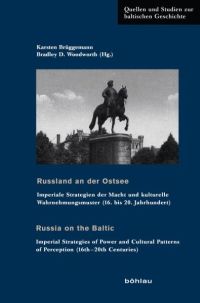 The question of who really "owned" the eastern littoral of the Baltic Sea remained highly contentious for centuries until the end of World War I when the three new Baltic States - Estonia, Latvia, and Lithuania - believed themselves to have answered the question in perpetuity by declaring independence. Henceforth, if international law meant anything and if ringing declarations by great-power leaders about the rights of small nations to "self-determination" were to have credibility, Europe and the rest of the world would be required to believe that the eastern Baltic region was "owned" by the inhabitants of the three Baltic States. We know, of course, that the rest of the twentieth century in the Baltic region was marked by the intertwined stories of how the peoples of the region struggled to maintain "ownership", lost it for many decades, and then regained it again. Unfortunately, they had advanced their claims late: much larger and determinedly expansion-minded neighbors had come to believe that History favored the populous and strong and that desires of small peoples did not matter.

The long-term history of these claims, counterclaims, declarations, incursions and expulsions about, into, and from the region is very complicated and analysis can proceed from very different starting points. The chapters of the volume under review examine the Baltic region as it looked from tsarist Russia and the USSR - the "Russian factor" - though a few contributions use a slightly different angle of vision. Also, the Baltic-regional anchor of most of the essays is the pre-WWI Baltikum, i.e. the Ostseeprovinzen of Estland, Livland, and Kurland that eventually became the independent states of Estonia and Latvia. Again, a few contributions cast the reference net wider to include the Lithuanian territories and Finland as well. Considerable attention is paid to what the editors in their introductory essay call the "discursive environment" (13): how the eastern neighbor conceptualised, pictured, wrote, and talked about the Baltikum even when times were more relaxed and there was no immediate action.

A careful reading of this collective work, all but two of the components of which originated in two separate 2007 conferences, reveals immediately that the editors have taken an admirable amount of care in selecting excellent authors and excellent papers and in merging the contributions so that they form an intellectually coherent volume. Such an outcome does not always characterise collective endeavors. To successfully merge the research results (here presented in English and German) of eighteen authors based in Estonia, Germany, Switzerland, the Russian Federation, Latvia, Finland and the US could not have been an easy task, but in this case the result is commendable and in many respects path-forming. The contributors could all be described (cautiously) as a younger generation of Baltic-area specialists (although many have other specialties as well) and therefore the volume probably signals continuing future publication on the specific subjects and in the manner displayed in it. All the authors are engaged in productive research in academe and research institutes, and the presence of so many Russian scholars is particularly satisfying since they tap somewhat different archival and secondary sources than their "western" colleagues.

The editors have divided the contributions into four large sections. After a substantial introduction in which Karsten Brüggemann and Bradley D. Woodworth explain the main themes of the work, the first section deals with the tricky subject of perceptions and how these tended to be formed to almost always justify the projection of Russian power into the Baltic region. Anti Selart explores the idea of Livland (Livonia) as Russia's hereditary "property", and Aleksandr I. Filjuškin describes how the Livonian War in the sixteenth century was seen differently from the European and the Russian sides. Ralph Tuchtenhagen carries this line of inquiry into the eighteenth century; Brüggemann into late Imperial Russia; and Tobias Privitelli into the interwar period of the twentieth century, when the USSR seemed to be laying down the ideational justification for reclaiming the Baltic region. The imagination of the proponents of Russian imperial and non-imperial expansion could not absorb the ideas that other powers had similar claims, that the peoples of the region might not want to live under Russian control, or even that they had the ability and skills for doing so. The second section examines Russian imperial policy as a factor in Baltic-area history, with Nikolai N. Petrukhintsev reviewing the strategies of Peter the Great, Svetlana N. Kovalchuk analysing the career of Governor-General Alexandr A. Suvorov and his attitudes toward the Old Believers in the Baltic region, and Theodore R. Weeks revisiting the question of whether Russian policy in the Lithuanian lands (part of the larger western "borderlands") really aimed to "Russify" the population, and how effective the policy was. Robert Schweitzer examines the complicated constitutional questions generated by Russian governance of an "autonomous" land such as the Duchy of Finland, and Natalia S. Andreeva offers an exceptionally probing essay on imperial reform policy in the Baltic region at the turn of the twentieth century.

The third section assembles the contributions that deal directly with the representation of the Baltic region in Russian-language writing, both literary and propagandistic. Katja Wiebe examines how Estonian lands and Finland were pictured in Russian belles lettres in the late tsarist period, and two separate chapters deal with the image of Estonia in Soviet propaganda in the early post-1917 revolution period (Timur Guizarov) and during the entire interwar period (Jelena Nõmm and Guizarov). The literary intelligentsia (mostly from St. Petersburg) of the tsarist period idealized Finland and Estonia - the "North" - as a place where a sensitive soul could regain balance and renew spiritual energy. But after Estonian independence, official Soviet propaganda changed Estonia's image to that of a class-divided "Other" in which "the working people" were held in thrall by the bourgeoisie and the "fascists" and longed for liberation at the hands of their fraternal Soviet comrades. The fourth section, consisting of three separate chapters, focuses on what the editors call "the local factor in the imperial context" (25), and examines the hundreds of chinovniki of Latvian origin who held posts in the tsarist administrative apparatus (Evgeniya L. Nazarova), how agricultural innovations in Estland and Livland in the nineteenth century became a model for progressive agriculture in the rest of the Empire (Űlle Tarkiainen), and the attitudes of the Baltic Germans toward the Empire and toward the Baltikum itself at the turn of the twentieth century (Olga Kurilo).

This valuable collection offers very little for a reviewer to be critical about. Two suggestions, however, could be pertinent. In their introduction, the editors express the conviction that "the Russian-Baltic encounter will fruitfully inspire further research" (26). The probability is that they are right and, more than likely, the present volume will become an important launching pad. As future work unfolds, it would surely benefit from inclusion in the overall research strategy of a systematic review of the interpenetration of demographic patterns in the Baltic and surrounding Russian regions. [1] Also, although the secondary sources used by the authors comprise a very rich collection, one is a little surprised that among the English-language titles, George Yaney's study [2] appears to have been overlooked even in the chapters where it might have been suggestive. But these are relatively small things, made even smaller by the general significance of this exceptionally well-wrought collective endeavor.

[2] George L. Yaney: The Systematization of the Russian Government. Social Evolution in the Domestic Administration of Imperial Russia 1711-1905, Urbana, Ill. 1973.