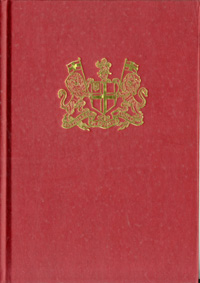 The volume under review composes the second half of Catherine Pickett's excellent bibliography of "printed items produced by or about, subscribed for, or dedicated to, the East India Company and its employees" (vii). Before retiring in 2011, Pickett was Head of Western Language Collections in the Asian and African Studies department at the British Library, which holds the majority of the documents listed in these volumes. Like its well-received first volume, which traced such materials through 1785 [1], this will be an essential reference work for historians of the Company and of related subjects.

As the introduction suggests, there are substantial differences between the kinds of documents covered in this and in the first volume. At the bibliographic level, "control improved greatly", such that "authorship [...] dates of publication and names of printers and booksellers are generally stated" (viii). Other differences from the first volume are the product of far-reaching historical developments. Most striking to contemporaries, the Company's territory, once a far-flung congeries of trading stations, now encompassed wide and expanding swathes of South and Southeast Asia. From 1784, the Company was subject to increased parliamentary scrutiny and the superintendence of a Board of Control. Successive Charter Acts eroded its commercial privileges and altered its political constitution, before the Great Rebellion of 1857/58 led to its dissolution. Debates over the Company throughout the period were inflected by the rising ideological tides of Evangelicalism and free trade. Many of these developments can be tracked in the present work through the short introductions provided for every year.

The trial of Governor-General Warren Hastings, the moment of greatest public controversy in the Company's history, is the subject of a full quarter of the book (a helpful appendix lists the twenty-two charges drawn up against him.) This section, in the editor's words, "amounts to a comprehensive contemporary bibliography of Hastings himself" (vii). The same claim could be made about many other figures in the Company's orbit. The index of names at the back of the book provides a concise and revealing guide to who published and was published about in the period. Scholars tracing networks of patronage and collaboration will appreciate the inclusion of numerous excerpts from dedicatory prefaces. And historians of the book will benefit from the references to noteworthy physical and typographical features.

Even a work as comprehensively researched as this is bound to contain gaps, indeed many by design. Parliamentary papers and articles in newspapers and periodicals have been left out for reasons of space. Likewise, only "a representative selection of material on topics of wide interest, like the opium question" has been included (vii). It is worth noting, as a caveat rather than a stricture, that certain promising databases appear not to have been consulted. The Digital Library of India, West Bengal Public Library Network and Hume Tracts (at University College London), for instance, likely contain materials not cited here. The explosion of print in India during the nineteenth century, moreover, means that a number of relevant sources might be found in uncatalogued or un-networked repositories across the subcontinent. Needless to say, it would be too much to ask of any editor to attempt to track all of these down.

Other omissions point more generally to the difficulty of determining selection criteria for a bibliography "of" the Company. This may be especially true of the later period, which saw its interests and activities ramify in myriad directions. With the codification of languages, manufacture of new print types and spread of lithograph technology, moreover, this period witnessed the publication of a great many Asian-language works connected with the Company and its employees (among whom we should surely count non-Europeans paid to be administrators, instructors and intermediaries). In its first four years of existence, Governor-General Wellesley's College of Fort William patronized over a hundred such works. Only a fraction of these are included in the present volume (though it does note helpfully that Thomas Roebuck's Annals of the College of Fort William contains a catalogue up to 1819 (194)). Such issues highlight the still-apparent historiographical divide between the Company, on the one hand, and the nations and regions in which it operated on the other. As this divide is surmounted by transnational and transregional approaches, and historians of the Company come increasingly to research in non-European languages, it may be hoped that attendant bibliographies will supplement Pickett's landmark work.

[1] Catherine Picket: Bibliography of the East India Company. Books, Pamphlets and other materials printed between 1600 and 1785, London 2011.