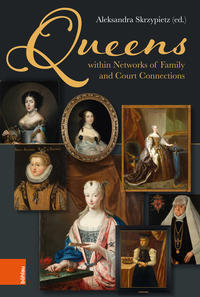 This new volume edited by Aleksandra Skrzypietz is a collection of seven papers tackling the topic of royal women connected to the Polish-Lithuanian Commonwealth in the context of family, dynasty, and court. The papers work together very well, chiming with the strong theme running through the volume. In particular, they successfully show just how dependent queens consort were on their networks of faction and family, both natal and acquired through marriage. Personal attributes like aptitude for politics, intelligence, and hard work were useful, but support from family, whether natal or acquired through marriage, was paramount. This volume is important because Polish-Lithuanian queens and royal women are still not widely enough understood in Anglophone scholarship and the wide range of case studies it provides is a significant addition to what is known about these important women in Anglophone scholarship. It is also of benefit that the volume includes not just queens of Poland-Lithuania but also royal women who became queens of France (Marie Leszczyńska) and England, Scotland and Ireland in exile (Maria Klementyna Sobieska), which gives us a better sense of Poland-Lithuania's international connections.

The introduction links the chapters together in a larger argument about queenship and agency in the context of dynastic and court arrangements. It provides useful short biographies of each of the women together with short summaries of each chapter's argument, but it would have been useful to have the volume contextualised more fully in terms of what made the circumstances of the Polish-Lithuanian queens and princesses distinctive. This would make it more accessible to the non-specialised Anglophone reader, who might otherwise struggle to understand the specific context in which these women lived and operated. This is important because Polish-Lithuania's elective, parliamentary monarchy complicates our understanding of queenship in Early Modern Europe, particularly in relation to succession and dynasty. The introduction misses an opportunity to engage with the vibrant Anglophone field of queenship studies, especially its focus on the connection between queenship, dynasty, family and royal courts. To have initiated a dialogue with this literature would have helped tease out the broader historiographical significance of these fascinating case studies.

The chapters offer interesting and often original perspectives on the lives and roles of the Polish-Lithuanian royal women. Agnieszka Januszek-Sieradzka's essay about Barbara Radziwiłł, Sigismund August's mistress turned queen by a secret marriage ceremony, dissects the ways in which Barbara was marginalised at court. Januszek-Sieradzka provides a nuanced examination of three reasons for this: Barbara's lack of royal or princely status, the initially secret nature of her union to Sigismund, and Barbara's own lack of interest in political affairs, a disappointment to the nobles seeking to court her for promotions and financial gain. The strongest piece in the volume is Agnieszka Pawłowska-Kubik's examination of Anna Jagiellon, the sister of Sigismund August who had to navigate the new landscape of free elections following his heir-less death. Pawłowska-Kubik uses previously unstudied letters from archives in Germany and Sweden to reconstruct Anna's wide-ranging political activities and networks. These included attempts to recover Bona Sforza's Italian inheritance and ratify her brother's last will, and her campaign in the royal election on behalf of her nephew, Sigismund Vasa. Pawłowska-Kubik adds to work that reinterprets Anna as an active and able political player, rather than a slightly pathetic spinster. Indeed, the political agency of women is a strong theme running through the volume. Sometimes, as Aleksandra Barwicka-Makula shows in her chapter about Anne of Austria and her mother Anna of Bavaria, queens could be a source of power to their female relatives, forming tight political networks used to promote dynastic ends. Indeed, queens sometimes operated through international networks of agents robustly safeguarded against espionage, as shown by Damien Mallet in his investigation of Marie-Louise Gonzaga's links to France.

Just as queens could be powerful players in the right political context, they could also be largely politically neutralised in some dynastic settings. The Polish-Lithuanian parliamentary political system proved able to resist attempts to create strong court factions around queens, as Dominika Rychel-Mantur demonstrates in her examination of Marie Casimire Sobieska. Aleksandra Skrzypietz's chapter about Maria Klementyna Sobieska, the 'Old Pretender's' wife, shows her uphill struggle to exert some influence at the Stuart court in exile, particularly over the upbringing of her son. Sometimes, it is difficult to pinpoint exactly why a queen struggled to establish herself politically. Katarzyna Kuras sets out to compare the dynastic connections of the Bourbon and Leszczyński dynasties to suggest that their unequal nature was behind Marie's struggle to establish her influence at the French court. Kuras acknowledges the limitations of this thesis in her conclusion. This chapter might have engaged more directly with how these dynamics were shaped by the differences between the French and the Polish-Lithuanian political systems. In the latter, a family like the Leszczyńscy could have been raised to international prominence through royal election, even a contested one. A theme running through this volume is how the electiveness of the Polish-Lithuanian system complicates the traditional understanding of dynastic networks.

This volume offers a suggestive range of studies on political agency and the networks exploited by early modern royal women connected to the Polish-Lithuanian Commonwealth and is a valuable addition to the growing Anglophone literature on queenship in Poland-Lithuania. It is hoped that it helps to nurture greater dialogue between the Polish and Anglophone historians.