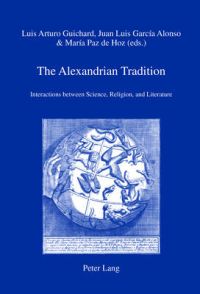 As the title indicates, the disciplinary sweep of this collection is extremely broad; thus I shall not attempt here to review the complete contents, but rather to highlight some points of special interest. The collection as a whole is remarkably cohesive, particularly given its breadth; the cover-to-cover reader will find certain threads from prior chapters (e.g. Nonnus's poetry, Ptolemy's astronomy, paideia among Christian intellectuals) picked up from new perspectives as they proceed, yielding a rewarding reading experience.

James Evans's "Mechanics and Imagination in Ancient Greek Astronomy: Sphairopoiia as Image and Tool" is a highlight among the "scientific" chapters, placing the science and technology of astronomy against a robust historical, literary, and material-cultural backdrop. Its detailed yet accessible discussion of the workings of the Antikythera Mechanism may be of particularly broad interest. The whole is extraordinarily coherent, and manages its level of detail so well that it will be useful to a wide range of readers, from students to scholars.

Anne Tihon's "Alexandrian Astronomy in the 2nd Century AD: Ptolemy and His Times", by contrast, will prove useful not so much for its breadth (as the title might suggest) as for its papyrologically detailed argument that P.Fouad Inv. 267 A in fact contains a table from an astronomical "Syntaxis" roughly contemporary with Ptolemy's, but by a different author, a finding which would represent a welcome diversification of the astronomical voices available to us from this period. While this finding is surely the chapter's most important contribution, it is contextualized with an efficient sketch of Ptolemy's astronomical works.

A particularly strong bridge between the collection's "scientific" and "literary" facets is Jane Lucy Lightfoot's "Between Literature and Science, Poetry and Prose, Alexandria and Rome: The Case of Dionysius' Periegesis of the Known World". This fascinating study of an underappreciated work places Dionysius squarely within the "allusive" and "combinatory" context of Alexandrian poetry and prose, scientific and otherwise, before focusing on his self-construction as a narrator "somewhere between Alexandria and Rome". Comparisons to Strabo immediately leap to mind, and indeed the chapter includes a detailed argument that Dionysius was using Strabo as a source, which would provide valuable evidence of Strabo's being used as a reference considerably earlier than other sources indicate. Far from deploying homogeneous, easily-recognized chunks of Strabo in his work, however, Dionysius instead gathers and combines material from a wide range of sources, pulling off a "balancing act" that juxtaposes diverse and even contradictory information in the variegated style we associate with Alexandrian literary work.

Maria Paz de Hoz's "Lucian's Podagra, Asclepius, and Galen: The Popularisation of Medicine in the Second Century AD" is another strong entry, illuminating links between imperial-era literature, science, and religious practices. Paz de Hoz's treatment never devolves into a miscellany, keeping the focus tightly on the eponymous play while engaging in detailed excursions into the medical, religious, and literary practices that enlivened its satirical bite. This chapter is an extremely clear, detailed, and revealing combination of literary and epigraphic evidence that brings to life a world of medical practice rarely seen in context, as Galen and Aelius Aristides so often take the limelight.

Another richly contextualized world is presented in Clelia Martinez Maza's "Christian Paideia in Early Imperial Alexandria", which explores the interchange between pagan and Christian elites in Alexandria in the second and third centuries. Martinez Maza argues for a "mutual accommodation" of pagans and Christians in intellectual and pedagogical matters, where pagan texts were read unproblematically by members of both groups, treated as a "cultural rather than religious inheritance", while specifically Christian education was carried out in a domestic rather than scholastic environment. A considerable range of literary evidence is brought to bear on the clearly-delineated argument here, making the chapter an accessible and non-polemical introduction to the subject.

Gianfranco Agosti's "Greek Poetry in Late Antique Alexandria: Between Culture and Religion" picks up some related questions as it critiques Cameron's division between notional "Alexandrian" intellectual and scientific traditions and "Theban" literary traditions, combining literary evidence with material evidence such as the Kom el-Dikka excavations, which might reveal architectural features common to Alexandrian lecture halls. In the course of suggesting that poetic activity in Alexandria in late antiquity might actually have been quite lively, Agosti examines the porosity of boundaries between pagan and Christian literature, with a particular focus on miracles and iconoclasm in Nonnus, whom he argues could well have been equally appreciated by Christian and pagan elites.

Nonnus is, of course, a recurring figure in these chapters; the more successful treatments, like Agosti's, put his poetry into dialogue with other traditions. On the other hand, Laura Miguelez-Cavero's "Nonnus' Natural Histories: Anything to Do with Dionysus?" turns out, indeed, to be all about Dionysus. Her review of occasions where Dionysus interacts with animals both as an adolescent and as an adult, and similar interactions on the part of his family, concludes that outside the books on India and the material on marine animals, the work includes hardly any natural-historical information about animals. Consequently, the chapter as a whole includes very little comparative material from natural histories: not an intrinsic shortcoming, but caveat lector.

Though Laurent Bricault's "Isis, Sarapis, Cyrus, and John: Between Healing Gods and Thaumaturgical Saints" offers a clear and detailed review of the material and epigraphic evidence pertaining to the cult of Isis of Menouthis, it afterward moves rather abruptly between its subjects, and in its primary claims struggles to move beyond arguments previously made by Gascou (and extensively cited here). Likewise, Luis Arturo Guichard's "Paradox and the Marvelous in Greek Poetry of the Imperial Period" follows Giannini's typology of paradoxes very closely; its contribution might have been richer had the author followed up the contrast between the marvelous in pagan literature and Christian miracles which he only brings up briefly at the end. Juan Luis Garcia Alonso's "When I Scan the Circling Spirals of the Stars, No Longer Do I Touch Earth with My Feet", like so many projects centered on the fascinating yet elusive figure of Hypatia (and no doubt as the result of an editor's zeal to bring the conference's diverse themes to common fruition), ultimately presents a rather featureless landscape of commonplaces about the relationship between science and religion.

Overall, this volume's contents will prove of great interest to scholars of literature, science, and religion not only in Hellenistic Alexandria, but over the broader post-Hellenistic Mediterranean landscape. Such is the collection's coherent poikilia that even readers who pick up the book targeting a single chapter are liable to find themselves reading outside their original boundaries, a task certainly aided by the volume's helpful (though not overlong) index and index locorum. It would have been aided further by the inclusion of individual bibliographies or a collected bibliography, as the footnote style is not conducive to easy location of full references. On the whole, the collection strikes a very hopeful note for the future of strong interdisciplinary work in Classics.