Michael Broers: Napoleon's Other War. Bandits, Rebels and their Pursuers in the Age of Revolutions, Bruxelles [u.a.]: Peter Lang 2010 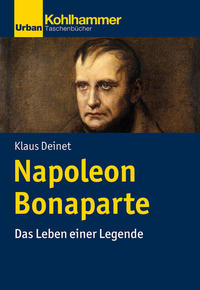 To observe that this book, devoted to the life of Napoleon Bonaparte, enters an already crowded field, is to state the obvious. Appearing during the bicentenary of its subject's death, Deinet's study draws mainly upon published primary sources, such as memoirs, and Napoleon's correspondence. There is also a degree of critical engagement with the secondary literature throughout the book, which informs the reader of just how contested the historiography is beyond the overly simplistic and now rather dated, 'Napoleon, for or against' debate. It is, though, a pity to record some fairly glaring omissions, such as Philip Dwyer's recent multi-volume biography, one of the best published in recent years.

The reader of this book discovers few if any startling new insights, but follows a familiar trajectory that starts and ends on two islands: Corsica and Saint Helena respectively. It is the nuances and emphases, not new details, that make this an interesting read. Deinet considers some commonly asked questions about Napoleon, including when exactly the aforementioned trajectory reached its highest point. A good case is made for Napoleon's thirty-third birthday, on 15 August 1802. This fell during the so-called Consulate, and more specifically, followed closely upon the plebiscite that extended Napoleon's term of office from the original ten years to life. Napoleon's popularity stood high at this point, not least through his conclusion of peace with France's international rivals at the treaties of Lunéville (9 February 1801) and Amiens (25 March 1802). Yet Napoleon's early military successes, which made these settlements advantageous to France possible, also reinforced the belief that security could best be achieved by battlefield triumphs, rather than by diplomacy. This was understandable, given the proven strengths of the French army and its commander-in-chief. In the long term, it was a recipe for disaster.

Though focused on Napoleon, Deinet has a fair amount to say about his contemporaries. These include especially the civilian collaborators who came to the fore after the coup of Brumaire, that brought Napoleon to power in November 1799: technicians of state like Cambacérès, Gaudin, Fouché, Maret, Talleyrand, and Roederer. These practical men, rather than theoreticians like Sieyès, built enduring institutions under Napoleon's aegis. As for Napoleon's opponents, Deinet singles out Metternich as especially dangerous. Here, the influence of Wolfram Siemann's recent book is detectable, with its portrayal of the Austrian foreign minister as determined at an early stage to rid Europe of a man he judged incompatible with the continent's stability. In contrast, Deinet places less emphasis on the British contribution to Napoleon's ultimate downfall. There is little on Castlereagh's efforts to keep the anti-French coalition together in 1813-14. The Waterloo campaign, so important to British memories, is dismissed as an irrelevance: Napoleon was basically finished whatever the outcome of the battle. Fair enough. Less convincing is coverage of the naval dimension of the Napoleonic Wars, not least because of various errors: Nelson's flagship at Trafalgar, HMS Victory, is misidentified as the Invincible; the given size of the Franco-Spanish Combined fleet is out by some margin; frigates and ships of the line are confused; and British dispositions in 1805 are misunderstood. Another mistake is reference to 'Franz II' in 1809, which obscures the whole transference of the Habsburg imperial title from the defunct Holy Roman Empire to 'Austria'. This would have fairly profound implications for the future of Germany.

In broad-brush terms, these mistakes do not repudiate a larger argument. This is that Napoleon was presented with many realistic opportunities to consolidate the position of a much-expanded France within the existing European states system. Repeatedly, he failed to seize them. Instead, he became a victim of his own early battlefield successes, which led him to conclude that security can be bought by military power. This places Deinet closer to the 'against' than 'for' end of the Napoleon spectrum. So does the prominence given in the book to troubling episodes, like the massacre of thousands of prisoners-of-war in Jaffa in 1799. This and similar atrocities, so Deinet, were not simple aberrations, somehow detachable from a 'good' Napoleon. Rather, they were integral to a personality that had come to see itself as beyond the usual constraints imposed by law and custom. Overall, and especially as considered against the context of 2022, this verdict on Napoleon must be seen as damning.