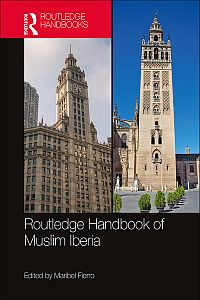 The publication of the Routledge Handbook of Muslim Iberia is excellent news for the knowledge and dissemination of studies on al-Andalus. This collective volume is devoted not only to the history of al-Andalus, but also to its aftermath, in the context of both the modern and contemporary ages, as well as of the Western and Arab-Islamic worlds. Undoubtedly, this perspective already represents an important innovation with respect to other reference works on Andalusi history. Likewise, the list of authors who have participated in this book, all of them specialists in the topics they address, coordinated by Maribel Fierro, probably the world's greatest specialist in Western Medieval Islamic Studies, make this work the most complete synthesis approach to the Andalusi reality ever written.

On the other hand, another positive aspect of this book is its commitment to the transfer of knowledge, offering to readers, not necessarily specialists on the topic, an overview to the history of al-Andalus from a multiplicity of perspectives and methodologies. Also, the specialists will find updated material and debates by scholars all of whom are involved in research on the topic they focus on. In this sense, this book is a good vehicle for presenting innovative research on al-Andalus, published in languages such as Spanish or French, in order to reach an English-speaking audience directly, rather than merely serving as a mediator by researchers using these publications - and even appropriate its content - to convert their books as reference only because they are published in English.

The book is divided into four parts: Part I is devoted to the different dynasties that ruled in al-Andalus, including a chapter on Iberia before the Muslims and another on the coins of al-Andalus. Part II and III are devoted, respectively, to society and culture. Finally, Part IV addresses the aftermath of al-Andalus.

Part I begins with an overview on "The Peninsula before the Muslim Conquest", in which Martín-Viso makes an interesting historiographical update where, for example, he clarifies controversial issues around the Visigoth Kingdom such as the alleged slave-based society or the widespread social crisis. Lorenzo, in "The conquerors and the Formation of al-Andalus", makes a complete synthesis of the formative process of al-Andalus - more archaeological data could have been added -, highlighting important processes, such as the establishment of patronage by means of conversion. Ballestín examines the Umayyad and Amirid period ("Centralization and Consolidation. The Cordoban Umayyads and the Amirids"), and García-Sanjuán ("Replication and Fragmentation. The Taifa Kingdoms") carries out a really interesting analysis of concepts such as jamāʿa (community), fitna (civil war) and tā'ifa (division). He also argues - following Josep Suñe's work - that the military weakness of the Taifas was due to searching for absolute power (istibdād), in which rulers spent huge amounts of money in the accumulation of treasures, the buying of clients and the construction of palaces, thus reducing military investment. However, this hypothesis, which is based on a quote from Ibn Khaldun - an author given to great explanatory theories without a very solid factual basis -, is quite difficult to prove quantitatively and qualitatively. I believe that the explanation is much simpler and can also be observed in other geographies, such as the Syrian-Palestinian context prior to the Crusades: territorial division and decentralization weakened Andalusi power structures, including the military.

Gómez-Rivas ("Berber Rule and Abbasid Legitimacy. The Almoravids") presents an interesting analysis of the different forms of legitimacy that the Almoravids sought for their different audiences, and Buresi ("Berber Rule and the Maghribi Caliphate. The Almohads") successfully combines political with intellectual history within the Almohad movement, presenting it as a "new religion". Likewise, he also devotes some space to topics of interest such as the staging of the Almohad caliphate. Vidal-Castro ("Resistance and Adaptation. The Nasrids") synthesizes the Nasrid reality as a bridge between two worlds -Europe/Maghrib, Christianity/Islam, West/Africa-, due to its geostrategic position and its international contacts and relations, and, finally, Ibrahim and Pliego ("The Coins of al-Andalus. Ideological Evolution and Historical Context") provide a useful overview of the coins of al-Andalus, placing them in their historical context. However, they take some arguments too far in cases such as the claim that the Almoravid dinars could cause greater social unrest with the Christian communities of al-Andalus, due to their inclusion of verse Q. 3: 85.

Part II, devoted to "Society", includes interesting chapters focused on religious minorities (Wasserstein, "Christians, Jews and the Dhimma Status"), ethnic groups (Coope, "Arabs, Berbers and Local Converts"), groups with a subaltern identity (Marín, "Women and Slaves"), different socioeconomic and professional communities (Guichard, "Traders and Peasants"; Soravia, "Secretaries and the running of the Government"; Fierro, "Scholars, Jurists and the Legal System"), and on groups defined by their religious tendency (Bellver, "Ascetics and Sufis"). This division is highly suggestive, since it shows the various ways in which Andalusi society could be hierarchized and allows an in-depth analysis of the different relationships that could be established between these groups. For example, in the first chapter of this part, Coope makes the interesting proposal that perhaps ethnicity was a greater differentiating factor than religion in some contexts. However, at the same time she uses, without any critical treatment, the concept of "Muslim Spain", a nationalist denomination loaded with ethnic and racial connotations which nonetheless remains frequent among English-speaking scholars.

Part III, focused on Culture", includes chapters devoted to many aspects of this broad category: poetry and literature, religious sciences, historiography and geography, philosophy - a topic treated more poorly than others -, science and technology, art and architecture, material culture, or daily life and popular culture. It should be noted, for example, how in her chapter on "Religious Sciences", Adang uses for her analysis the essential databases Autores y Transmisores de al-Andalus (HATA), directed by Maribel Fierro, and Prosopografía de los ulemas de al-Andalus, directed by María Luisa Ávila. Likewise, in her chapter "Science and Technology", Rius-Piniés makes an interesting problematization, from what can be define as "science" to the periodization of the history of science in al-Andalus. On the other hand, Calvo-Capilla ("Art and Architecture") includes a useful box with a critical analysis of the so-called Mozarabic and Mudejar art. In a similar sense, Carvajal ("Material Culture") presents a suggestive history of the archaeology of al-Andalus, from its orientalist origins to the present. Finally, García-Sanjuán, in an original chapter titled "Daily Life and Popular Culture", analyses issues that are often forgotten, such as food or popular and religious celebrations.

Finally, Part IV addresses the aftermath of al-Andalus, from the Mudejars and Moriscos to the memory of al-Andalus in the Islamic world, in Spain, the Americas and the "West", as well as its mythification and use for political and ideological purposes. After a complete overview on Muslims under Christian power (Barros, "Living as Muslims Under Christian Rule. The Mudejars"), Green-Mercado places the Morisco phenomenon in the Mediterranean context and presents the various ways in which they faced forced conversion ("The Forced Conversions and the Moriscos"). Closely linked to this phenomenon, Rodríguez-Mediano depicts the role of al-Andalus in the Hispanic Monarchy ("The Memory of al-Andalus in Early Modern Spain"), and Civantos ("Writing on al-Andalus in the Modern Islamic World") reflects on its memory in the modern Islamic world, with an interesting proposal of historiographic concepts, such as memory and nostalgia, and of terms of the Arabic lexicon such as turath. García-Sanjuán traces that memory in contemporary Spain ("Writing the History of al-Andalus. Spain and the West"), attending to ideological paradigms such as "Reconquista" or "Muslim Spain", and Puerta-Vílchez focuses on the imaginary around the Alhambra ("The Alhambra Around the World. Images and Constructions of an Aesthetic Paradigm of Modernity"). Following García-Sanjuán's chapter, Ceballos analyses the origin and development of the paradigm of "Convivencia" ("The Politics and Aesthetics of Coexistence"). Part IV also includes a chapter on al-Andalus in medieval Islamic historiography (Molina, "The Integration of al-Andalus in Islamic Historiography. The View from the Maghrib and the Mashriq") which, despite its interest and depth, does not fit in with the rest of the papers included in this part. It would have been convenient to include it in part III.

As if all of this was not enough, the book includes maps, dynastic tables, illustrations, a glossary of technical terms, and fifty boxes devoted to specific figures, towns, objects or topics that highlight different aspects of Andalusi history and culture. As a suggestion for a future new edition, perhaps chapters on topics such as the urban and rural world, the sea, war and violence, court and diplomacy, landscape, or the imaginary of al-Andalus in the medieval Christian world could be included. In short, this book constitutes a milestone, both for studies on al-Andalus as for their dissemination.