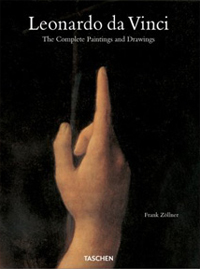 Leonardo da Vinci was twice disadvantaged: illegitimate and doomed to be intelligent. Endlessly curious and keen to experiment, he advanced well beyond the mind-set of his contemporaries. Leonardo created some of the world's most iconic works of art, such as the Mona Lisa, which still attract the attention of vast numbers of art historians as well as less scholarly writers. 2011-2012 also saw two major exhibitions at the Louvre and at the National Gallery in London and it is not unreasonable to expect future monographic shows such as these to be hosted by the main museums of the world. The mysteries and oddities surrounding Leonardo's life lend additional fire to a scholarly debate that is not only ongoing but gaining in speed and complexity with every iconographic or stylistic element that is unravelled. The last word on Leonardo is far from being spoken, even 500 years after his death.

Perhaps the most engaging trait of Leonardo's character, and one with considerable repercussions on his oeuvre, was his fearless experimentation with different media. Not content to paint, draw, create frescoes or sculpt in the traditional ways, he was continuously looking for new techniques and thereby responsible for the early destruction of some of his work. Nonetheless, there is a rich body of work preserved to this day and thus a publication such as the new edition of Zöllner and Nathan's two-volume account constitutes a useful tool for the study of Leonardo's oeuvre, both preserved and lost. The book is divided into three parts: in the first, over ten richly illustrated chapters (8-209), the authors chart Leonardo's life and work from the early career in Florence to his move to Milan and work for the Sforza, his return to Florence and final years in France. This is followed in the second part by a catalogue raisonné (210-50) with 34 illustrated entries on all known paintings by Leonardo, whether preserved or not. In a final section of part two, the important discovery of a marginal note in Agostino Vespucci's edition of Cicero's letters (University Library Heidelberg), the so-called "Heidelberger Cicero", is being discussed (251-2).

While such complete editions of an artist's oeuvre are not unusual - Taschen alone has published similar studies dedicated to the work of Michelangelo, Bosch or Caravaggio and Giovanni C.F. Villa's Leonardo Pittore. L'opera complete came out with Silvana in 2011 - few have been accomplished with such richness of detail and sumptuousness of illustration. The paintings discussed are each presented on a full-page colour plate plus, on occasion several, detail shots blown up to depict the finest detail. Short of looking at Leonardo's paintings, for example the Annunciation at the Uffizi, on Haltadefinizione (http://www.haltadefinizione.com/en/gallery/leonardo-da-vinci-annunciation.html) on a tablet, volume one of Zöllner's publication offers at present some of the best quality of reproductions available. This is not to say that the art-historical presentation of each painting seems like an afterthought; the author discusses each of Leonardo's works in great detail, giving particular attention to the historical context of the commission and its execution and elucidating fine points of patronage.

Part three, i.e. the entire second volume, is dedicated to a choice of over 600 drawings. This is only a small section from a corpus of thousands, given Leonardo's prolific output ranging from quick spontaneous sketches to carefully commented technical and architectural drawings and beautifully executed drapery studies. Even though the second volume can only give a relatively small cross section of Leonardo's oeuvre of drawings, the amount of sketches and studies reproduced and discussed in 16 sections is worthy of note and attests to Leonardo's far-reaching interests as well as his remarkable talent for observation. Humans, alive and dead, with or without animals, and at all ages (322-53) obviously drew Leonardo's curiosity, but then so did landscapes and maps (514-57). The natural world, whether constituted by the innards of humans or other animals or the anatomy of plants (404-83 and 502-13), is represented on sheets which document a new way of research based on investigation, experimentation and close observation. Leonardo's drawings also show that he was able to transfer knowledge gained in one category of learning to others: anatomy to architecture, portraits to monsters, and mechanics to weapons.

The corpus of drawings included in this publication, many of them from the Royal Collections at Windsor and reproduced for the first time in such numbers, is in my view particularly useful in terms of its range and aspirations. Almost overpowering in quantity, it allows the reader to make connections across categories of drawings and between drawings and finished paintings. Most of us have seen single pages, perhaps of architectural studies, perhaps of landscapes, cited in works of art or architectural history. Rarely has it been possible though to gain such a detailed roadmap into Leonardo's mind and to follow his ideas and inspirations as they develop into proto-scientific information. However we wish to define the early modern period, Leonardo's lifetime certainly witnessed a steep rise of geography, medicine, botany and the mechanical arts. Not yet the natural sciences in the sense these would acquire with the Enlightenment, early manifestations of the life-sciences were piquing the interest of scholars and artists as well as receiving the patronage of princes engaged in sponsoring journeys of exploration and setting up botanical gardens and menageries at home.

Zöllner and Nathan's book can and will be used in different ways, ranging from short dips into particular chapters to more comprehensive perusal of images and text. Available in German, English and Spanish at a very affordable price it is accessible to a large audience of students, scholars and the interested laity. Given its obvious merits in terms of presentation and scholarship, one wonders though at times whether the appeal to a diverse audience may not have figured too prominently at times. It may seem churlish to ask this but does Leonardo have to be cool? This is a book of wide but not of popular appeal, does it need short citations - featuring Giorgio Vasari to Andy Warhol - scattered across the pages? If they are useful, they should be in the text; if they are not, they can, in my view at least, safely be left out.